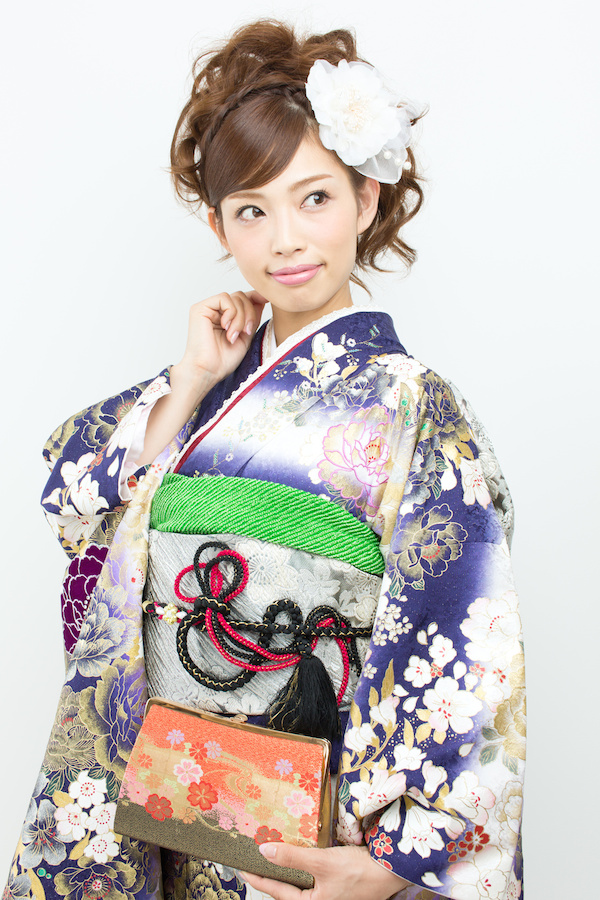 Otaiko is the abbreviation of “Otaikomusubi”, which is the most general shape now. It also indicates a square part of otaikomusubi on your back. The edges of obi below otaiko is called “Tare”.

In addition, there is “Kozutsumi taiko” way of tying a knot when you can’t make futae taiko because there is not enough length of fukuro-obi. The history of Otaikomusubi is unexpectedly short. It began was when Taikobashi of Kamedotenjin was built at the end of Edo period. A group of geisha girls tied a knot like Taikobashi and crossed the bridge for the first time. And this knot came into fashion later.

The size of otaiko is not specified in particular. It can be changed depending on the height and taste of the person who wear it. It also depends on fashion. It is also important that the pattern of obi should be shown beautifully.