Sqirrel that wear a Japanese kimono show signs of message that you want to convey. 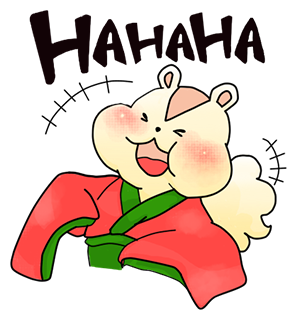 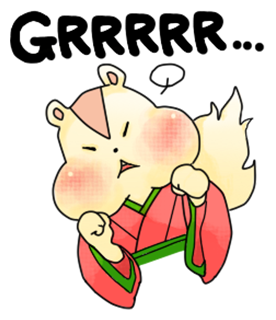 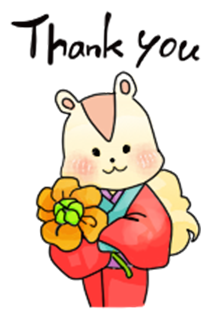 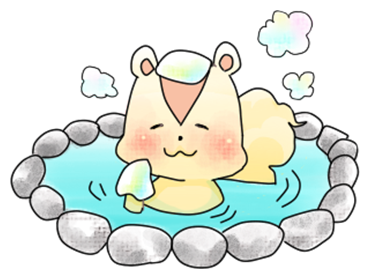 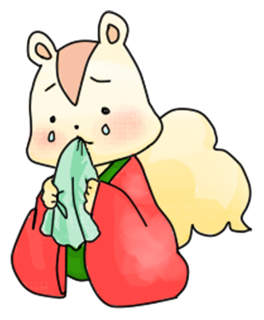 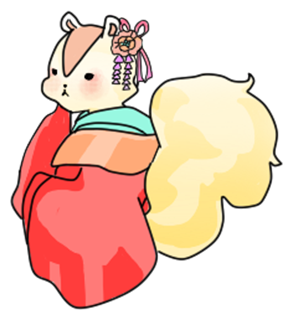 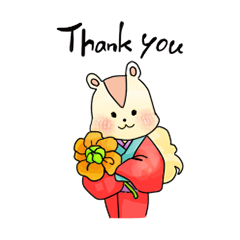 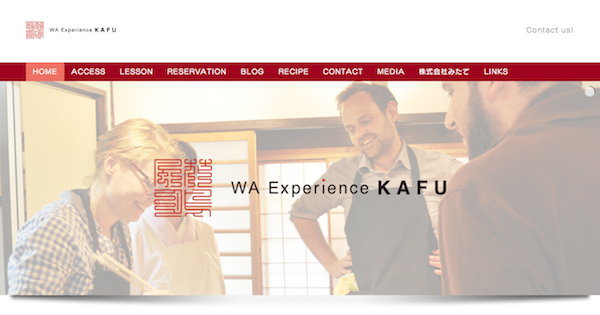 WA Experience KAFU” provides you an occasion to be a part of Japan. You will discover Japanese spirit through “Wa” (Japanese) cultural experiences with delight and joy using all five senses. “Wa” spirit means our Japanese love for peace, harmony and nature. We offer the experiences of washoku (Japanese cooking), ikebana (Japanese art of flower arrangement), tea ceremony and calligraphy for foreign visitors in English. Here your wonder about “Wa” will be transformed into “Wow”!! 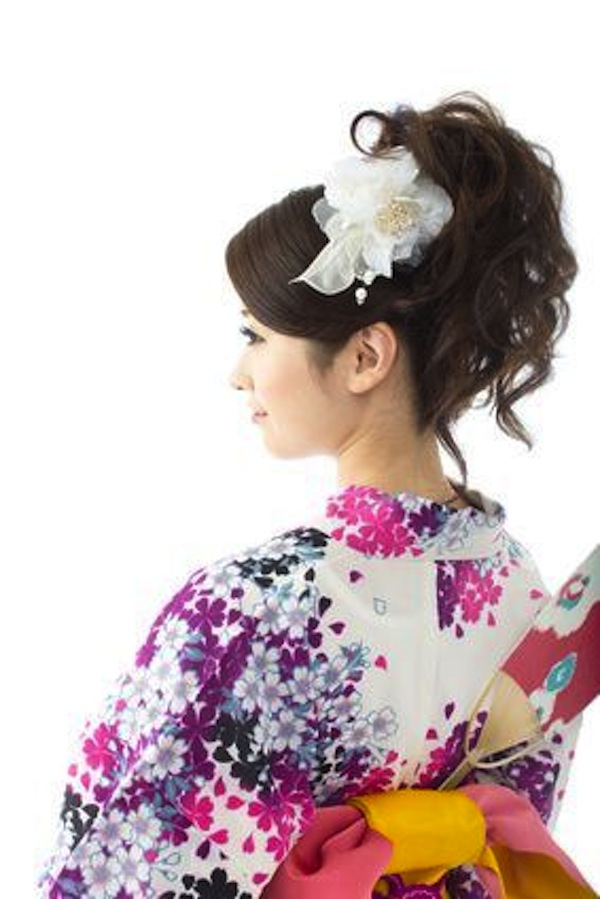 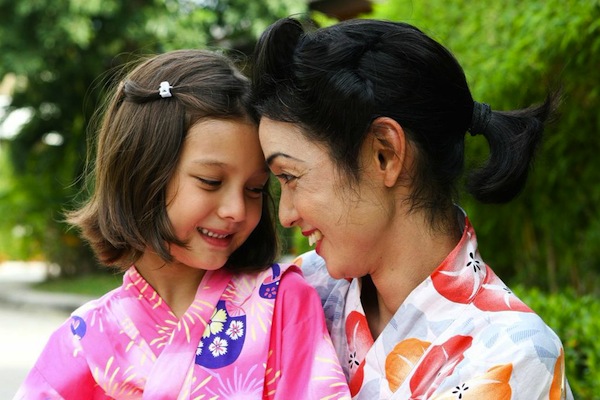 If you are considering purchasing a Yukata, you can choose either tailor made or off the shelf. If you have plenty of time and budget then a tailor made then you can have one made that suits you perfectly by consulting a kimono shop, the finish of these garments is of course the best. However, these days ready to wear, cheaper, off the shelf garments are mostly sold. What you must be concerned with when purchasing an off the shelf garment is choosing your size. Most of the commonly available Yukata are freesize, designed for a person of 160cm in height with a little spare. The Yukata looks best with a shorter in both the length and sleeve. In fact finding sizes for taller or solidly built persons is not very problematic.

On the other hand slimmer or shorter people will often find the sizes too big.
There are some brands that offer an S size but, where there is only a freesize available, order made shops can possibly tailor a garment to a smaller fit to suit you.
Please consult them.

Ohikizuri are kimonos of which the bottom is made very long so that it drags on the floor. Those kimonos are used a lot as wedding clothes, but they are also used for theatrical costumes and geishas also wear them. A long-sleeved ohikizuri kimono would be called a “hikifurisode.” Originally in the Edo Era, the bottoms of the short-hemmed kimonos gradually became longer, and although long-bottomed kimonos became in style they were not necessarily regarded as formal wear. Also, the “ohashori” was invented to tuck up the bottom of the kimonos for ease of walking, originally there were no ohashori made with ohikizuris.

However, because making them with ohashoris makes it somewhat easier to move in ohikizuris and since it doesn’t throw off how the ohikizuri will look on a person, currently the plurality of ohikizuris also include ohashoris. Because a person will look beautiful in a spread out kimono bottom, it is a popular style in the old days and now. However, one cannot go outside wearing the ohikizuri in that fashion. It’s acceptable to hold the kimono bottom in one’s hand for a short period of time, but it’s easier to use a rope at the bottom of the obi to hold up the bottom. That rope is called both the “shigoki” and sometimes “kakaeobi.” 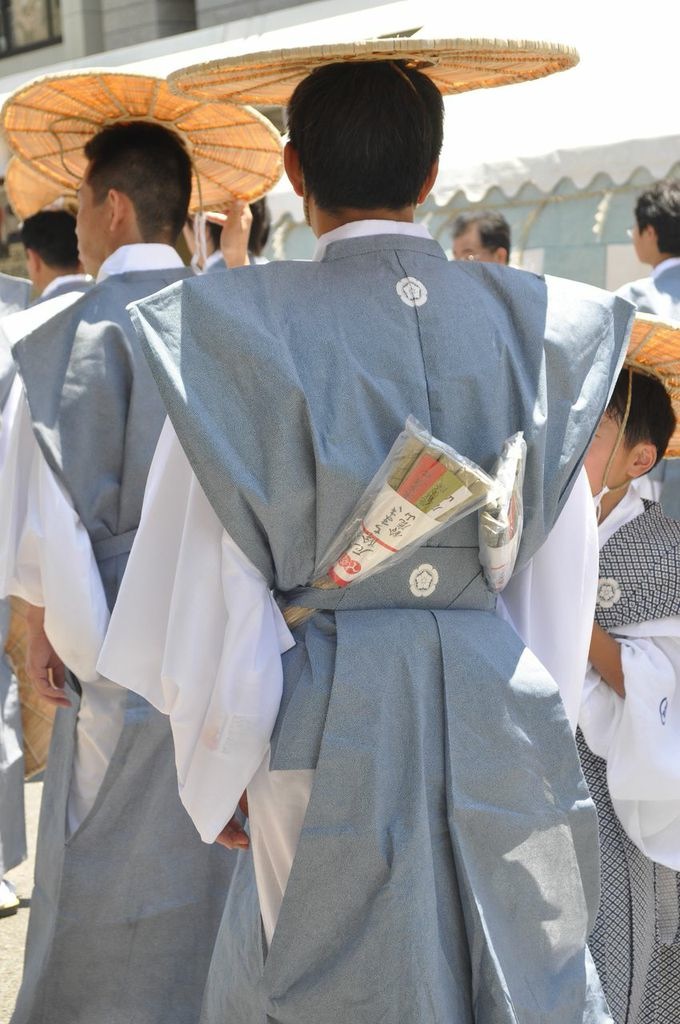 “Uchikake” is  clothes that women wear on the kimono. It is usually gorgeous and  thick at the bottom with some cotton. The cotton has the effects to make “Uchikake” look more gorgeous as well as to keep the bottom from rolling up or disturbing the feet. Today it is usually used for wedding, but it was originally  a formal dress for women from Samurai families. At that time, the custom of layering had been passing away and people began to drape (“uchikakeru” ) another Kosode over a Kosode as a formal dressing, which is the word origin of “Uchikake” Uchikake of this period is specifically called “Uchikake Kosode” on some occasion. It is said that ordinary people started the custom of wearing it for wedding at the late Edo era. However, it also seemed that ordinary women occasionally wore it for  some ceremonies even before it.

Today there is Uchikake for summer, while it used to be only for the season from autumn to spring.
So, it was very thick, and it was allowed to tie  Uchikake at the hip to leave the upper body uncovered by it as a summer formal dressing.
This style is called “Koshimaki”

Shirabyoshi is one of the dances, which came about around the late Heian period or the Kamakura period. The dancers are also called as shirabyoshi. Sizuka Gozen is one of the most famous dancers and she often appears in period dramas. Originally, Shrabyoshi dance had a religious connotation. It was considered as the dance dedicated to gods. While some say that most of Shirabhoshi danders were prostitutes, many regard that they share the same origin as “Miko, ” maiden in the service of a Shinto shrine. This might explain the reason why Shirabhoshi’ s attire is similar to the one Miko wears today in many ways.

One thing we should note is that Shirabhoshi’s attire is basically for men.
They wear Suikan and Eboshi, a men’s outfit and a cap the men wore at that time. In many cases they even carry swords.The music and dances originated from Shirabyoshi have been played up to now as traditional art, Some enjoy as their hobbies.
The attire itself is very popular and regardless of the fact that the word “Shirabhoshi” is not heard in general, you may find its outfit in many occasions.