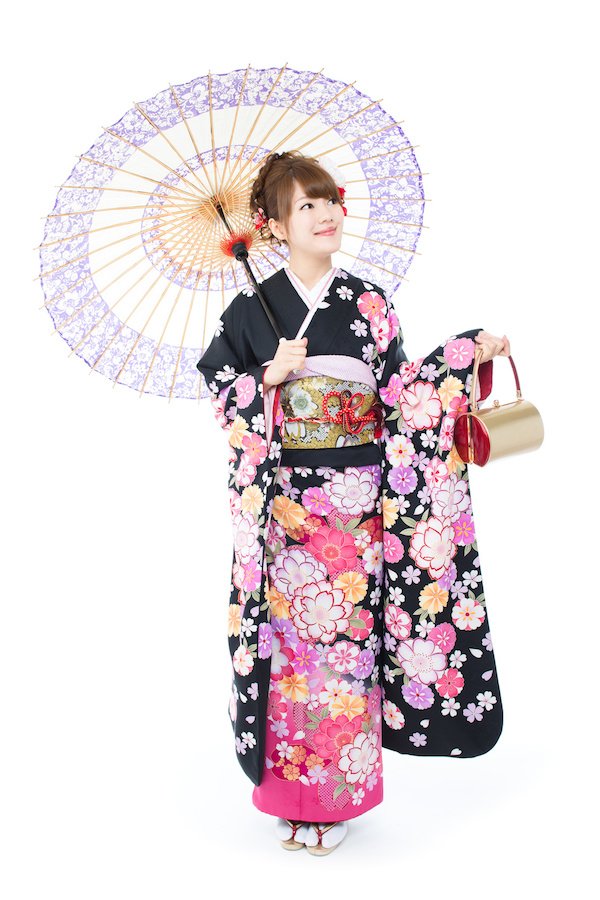 There are three ways patterns are arranged on kimono sashes.

The entire sash is covered in a specific pattern, which is commonly a repeated pattern. Since any part of the sash can be placed in the front and it can be used in Otaiko knots, these types of sashes can be recommended for beginners. However, the main drawback is that Zentsu sashes can be thicker and heavier than other sashes.

The pattern on a Rokutsu sash covers less area than on a Zentsu sash. The areas that will be covered up when tied around the torso are plain and unadorned. Not only are they cheaper than Zentsu sashes, they are easy to tie and they are light, which is why they are currently the most common type of kimono sashes in use.

“Rokutsu” means “six pass,” which means the pattern cover only six-tenths of those sashes. Although a lot of people don’t use it, there are also Yontsu sashes in which only four-tenths of the area is covered in a pattern.

It is also called the “Point Pattern.” The pattern is only placed on the part of the sash that will be seen in the rear part of an Otaiko knot, but there are many sashes that also have patterns that will be seen in the front part (the abdomen) as well. Those particular patterns are called “haramon.” These sashes are popular because they can create a picturesque presentation, but tying these sashes so that the patterns can be seen neatly will take some getting used to.