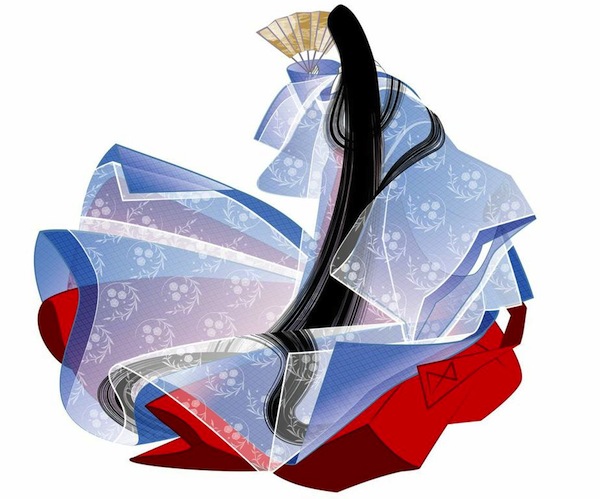 Kosode is regarded as architype of mondern Kimono.But its form was changed by age to age. Modern Kimono is also included as Kosode in broad sense. Kosode is defined as Cloth which is open a bit and knock together. The Architype is the cloth spreaded from China in 3rd century. But Kosode as cloth form was established in Heian era. In the era,customs of wearing many cloth was spread. Kosode was treated as under wear. Then,customs of wearing many cloth came to be easy. Kosode came to be appearent.

At the end of Heian era,The cloth which Common peole wear was Kosode. In Kamakura era,Samurai-class people came to wear Kosode in the way Kosode is the surface. After that,Kosode changed its form gradually and became nearly the same form of modern Kimono in late Edo era. The reason why We don’t call modern Kimono Kosode is that Its cuff became bigger and the name of “Kosode” was not suitable. Now,It seems many to call old era cloth as Kosode. In addition to this,cloth made of silk that cotton is stuffed Kosode.