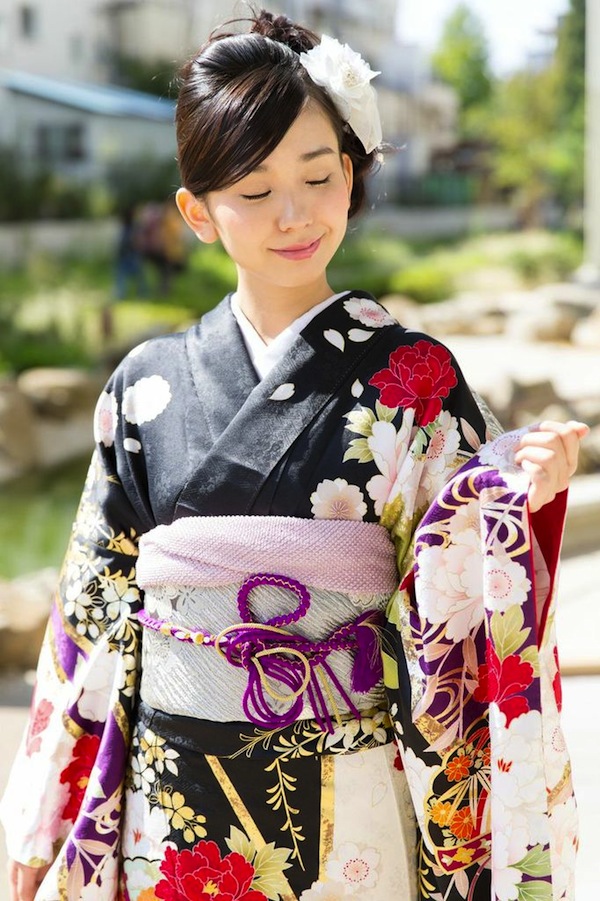 Habutae is a kind of flat woven cloth which is made of untwisted, unrefined silk threads, and the luster and smooth texture is the characteristic. The widely accepted theory for the origin of the name “Habutae”, is that two threads are passed as a warp into the Osaha, an item of a loom where you pass the warp into; so the threads are doubled. It is identified that in the Edo era the word “Habutae” was already used, and is also a pronoun for soft and smooth things, such as Habutae-mochi, and Habutae-dango.

It was previously used as Kimono’s outer fabric, but it is rarely seen nowadays. The reason is not clear, but it is said that sometimes the color doesn’t develop nicely when dyed, so this might be one of the reasons. Nowadays, it is used as a white cloth for Dou-ura (lining for body part), making use of its smoothness and lightness. Originally, people used to wear underwear made of Habutae under Tomesode. The Tomesode’s wings are mostly made of Habutae, which is a trace of that past tradition. “Shioze” used for Obi is an abbreviation for “Shioze-habutae”, and is one kind of Habutae, but is thick and hard because it uses thick threads and is woven densely.