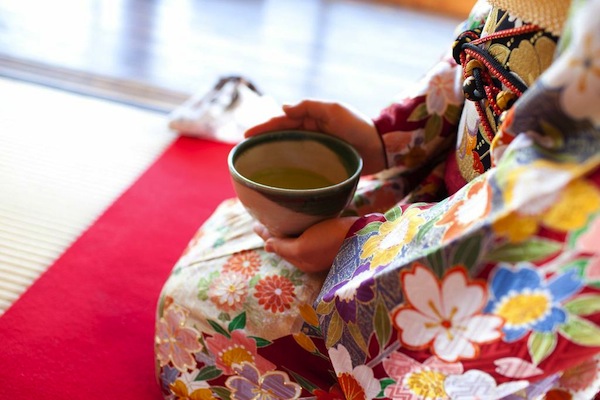 “Ohashori” is a part of cloth that fold back under Obi band too much longer, that is the symbol of the women’s kimomo. The way of wearing withiout Ohashori, it is said “Tsuitake”, men and children wear Kimono with Tsuitake method. In terms of history, in the early Edo period, women also wear with Tsuitake, there are no Ohashori. After that, Kimono become longer, and appeared the wearing method called “Ohikizuri”, when go out, trailing kimono often become dirty, so they pulled up the hem of Kimono, that is said the Ohashori’s start.

In practical term, it is necessary a small margin to fit Kimono that has straight line to the body curve. So a small margin is to be in Ohashori . Born from the fashion, but Maybe it takes root because of useful in practial term. Now, meaning of Ohashori is more than beautiful parts, so it is good as thin and plain as possible, parallel to ground and lenghs is about 5~10 cm is much better.