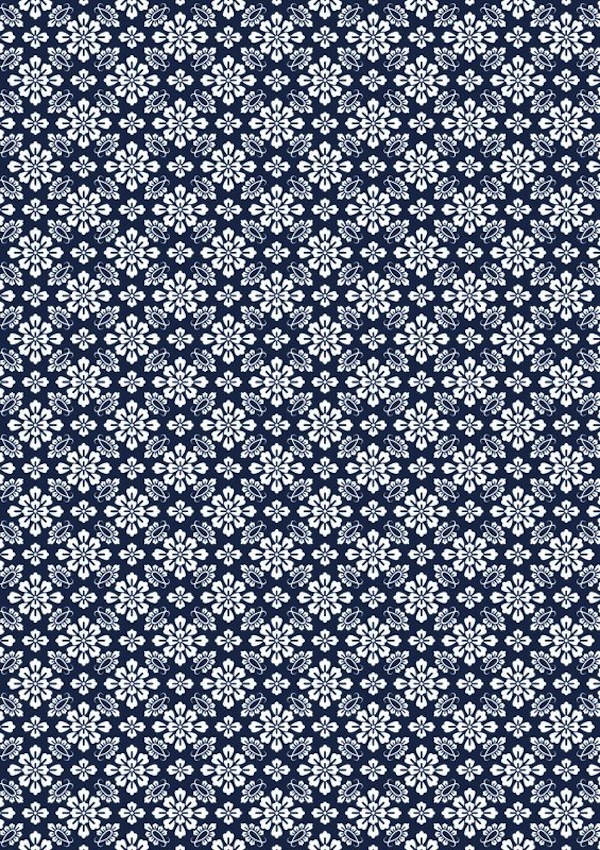 Yusokumonyo is the general term of pattern used by noble men in Heian era. As traditional and sophisticated pattern, this pattern is widely used in Kimono and obi. Many of them are showing up geometrical pattern repeatedly and neatly. It is convenient for you to use this all year round because of no sense of season. The pattern is originated from arranging the pattern spreaded from China and has various variation. The kind is so many that It is difficult for me to point out the things which pattern is Yusokumonyo concretely. But I will show you some representative things.

Arranging the wavy lines side by side, the pattern crest and trough continues alternately  Tatewaku ni hana” (flowers in the flow) refers to the patter which has flowers drawn on the crest part.

Kikkou (Tortoise shell)
Hexagonal pattern in order
Within the hexagons, there are other illustrations

Shippou (7 treasures)
The pattern of identical circles overlapping a quarter of the circumference of each other.

Yattuhuji no Maru (8 wisteria’s circle)
The illustration of cross-pattern flower surrounded by wisteria flowers.
Making a circle using 4 pairs of wisteria flower is known as Yattuhujinomaru