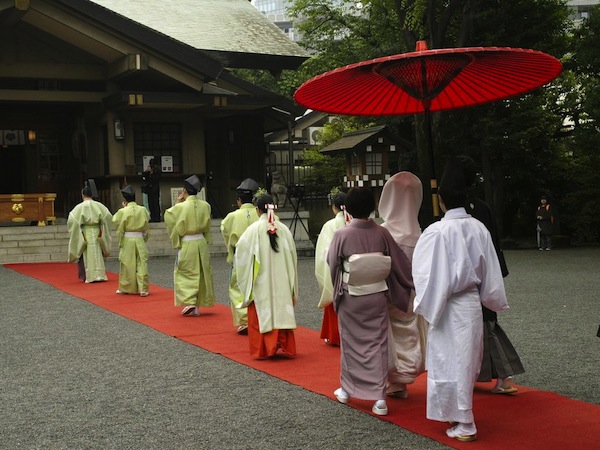 Shifu (Paper Fabric)
Shifu is made by weaving paper yarn just like weaving thread. When papers are used for both tate-ito and yoko-ito, it is called “Moro-Shifu”. When silk yarn is used for one of them, it is called “Kinu-Shifu”, and it is called “Men-Shifu” when cotton yarn is used for one of them. Papers are first made into thread. So you don’t feel that stiffness of papers, and it is actually light and strong. Shifu began to be produced in the Edo period. Initially, they was made using papers that were out of use.
Later, dedicated papers began to be produced while improvements were made. Shiroishi City of Miyagi Prefecture is well-known as a production area. Originally, production of Japanese papers was prosperous in this area. On the other hand, it is believed it may be because cotton and silk were valuable in there. In the Edo period, the Date domain, who was governing this area, encouraged production of shifu. And they became known as they began to be used as offerings.

Now, shifu are highly valuable as the number of producers has decreased, but they are still widely distributed as popular materials.
Though not many, they are produced as tanmono (roll of clothes). They are light and easy to fasten, so they are often used as obi fabrics.