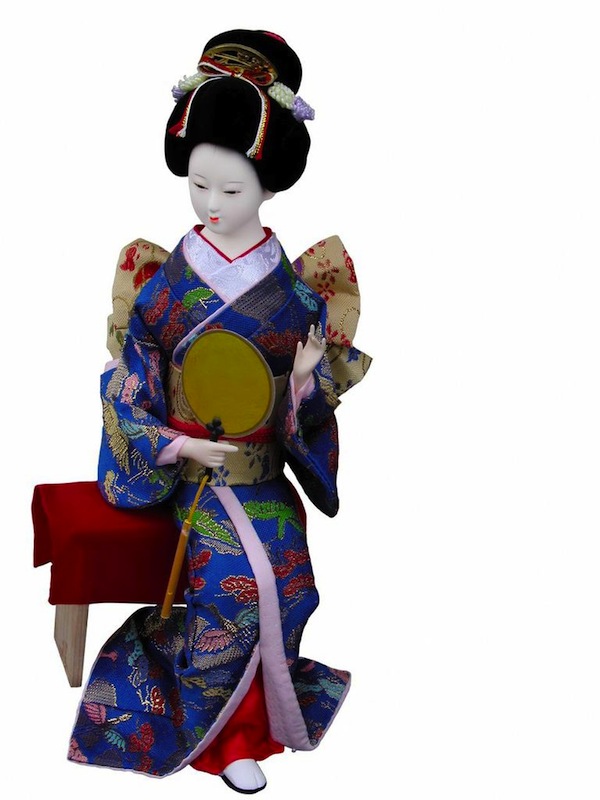 In hiroeri the inside of the collar is not sewn to the body. When you put on, fold it into two and spread it naturally toward erisaki (the bottom of the collar). It is used in many women’s kimonos. Its feature is that you can make its width as you like and finish it puffy.

Bachieri is sewn down to the body in such a manner as it naturally spreads towards the erisaki. You don’t have to fold it when you put on. It is called bachieri because its shape is like bachi (stick) of a samisen. Many of yukatas for women have bachieri. It is easy to wear than hiroeri, and it is very easy to make. In addition, it looks very cool because it isn’t so thick. This is why many people dare to use bachieri for summer kimonos except yukatas.

Bo-eri is a collar that is sewn to the body with a certain width to the end of collar, which is generally used in men’s kimono and children’s kimono. It is easy to put on and to make as well as bachieri.

It is thought that the collar of only women’s kimono is getting wider toward its end because it naturally goes along the brest of women.