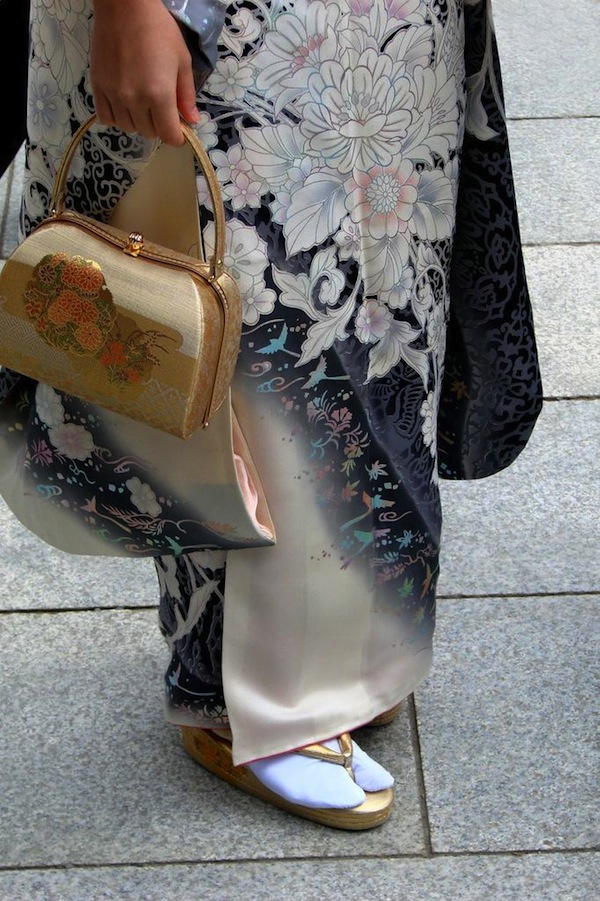 Miyatsukuchi (side slit of kimono)

It referes to the small opening in the side of traditional Japanese clothing for women and children (e.g. kimono and yukata) located where the sleeve meets the bodice, below the armpit. We aren’t so aware of it usually, but say sometimes to explain how to wear the kimono like “pull the side slits” or “get your hand in the side slit to fix the kimono.”

The kimonos for men don’t have the side slit. It isn’t known clearly why the kimonos of women and children have this miyatsukuchi slits; they say that children wore their kimonos putting a piece of string through the slits in the old days. As for the kimonos for women, it is thought that it might have been put to facilitate the movement in the times when the obi became wider. It isn’t inconvenient at all usually if without it but would become necessary when you set ohawhori; the established theory is that it was born at the same time as the ohashori was thought of. When the side slits are left open, the singlet whichi is an underwear will be visible. Pull the underarm sides of the kimono right and left, smoothing out the wrinkles, so that they come just to the side slits. You can narrow the gap as much, even though not closing it.