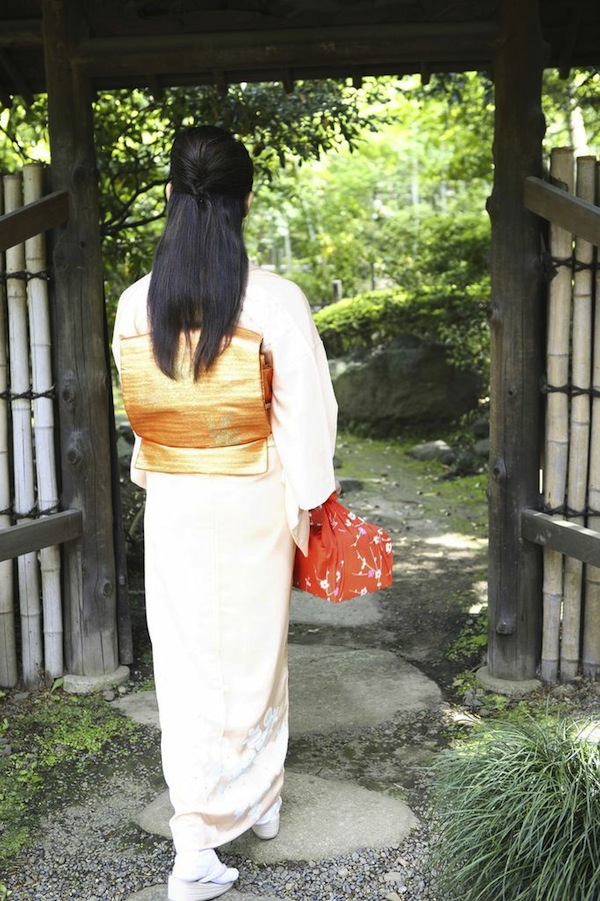 Kariyasu-zome is a yellow dyed material which is colored using plants called kariyasu. It has a long history. There was a word “kariyasu-iro” in the “Shosoin Monjo” which is a part of materials from the Nara period. Also, there is a description of how to do kariyasu-zome in the material, “Engi-Shiki”, that is believed to have been made in the middle of the Heian Period. Based on these materials, we can say that kariyasu was already widely used in the dyeing agent for clothing of common people in those periods.
Kariyasu looks like susuki (Japanese pampas grass), just a little smaller than susuki. It was a plant that grew on its own all over Japan, so this isn’t considered as a specialty of a specific place. However, it is said that the plant from Shiga is particularly good in quality. Its yellow pigment is produced when kariyasu tries to protect itself from the UV light of the sun. So it is believed that beautiful yellow is produced when they use kariyasu which is mowed down at the end of August.

Kariyasu has been used to make green by layering with ai-iro. The grass which dyes Kihachijo (yellow silk fabric), a specialty of Hachijo-Jima Island, is locally called kariyasu. But this is another type of plant called Kobuna-gusa.