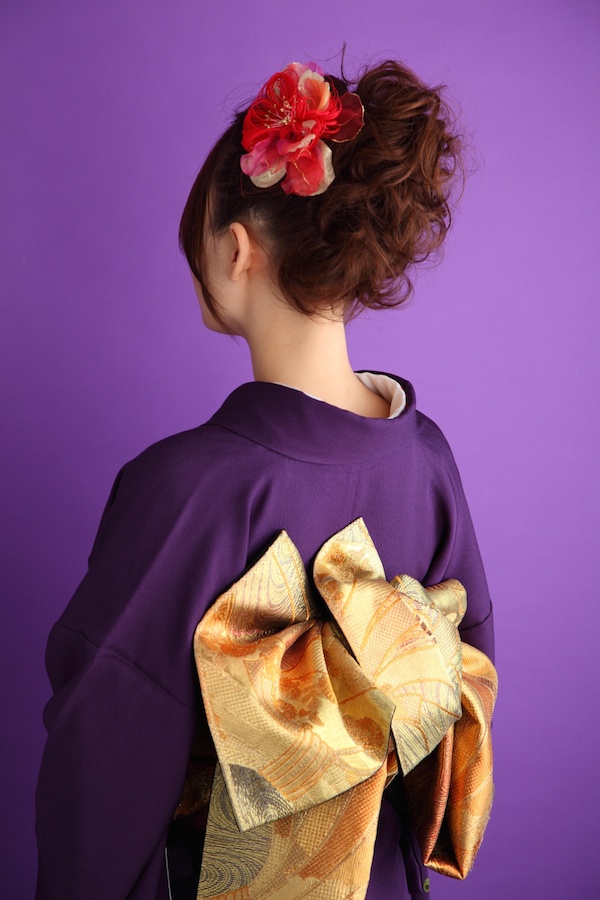 There is also a turn of phrase “emon o awaseru”, and the “emon” in this phrase is meant to say the front portion of collar.

It is unknown what the turn of phrase “emon o nuku” meant to say is, but there is an opinion that it has begun to use the phrase out of practice to pull down the back portion of collar of a kimono until a position for not the hair being touched during the time when the voluminous back hair was popular when setting the hair. Now, it is used as one of techniques to show beautiful appearance in wearing a kimono.

In addition, it is said to be better for elderly women to pull down lower than younger women.
However, there is a fashionable trend of how lower to pull down, and it is preference of a person to wear kimono at all.It tends to pull down smaller for those who are not got used to wear kimono, so it might be just good if pull it down to feel rather lower.