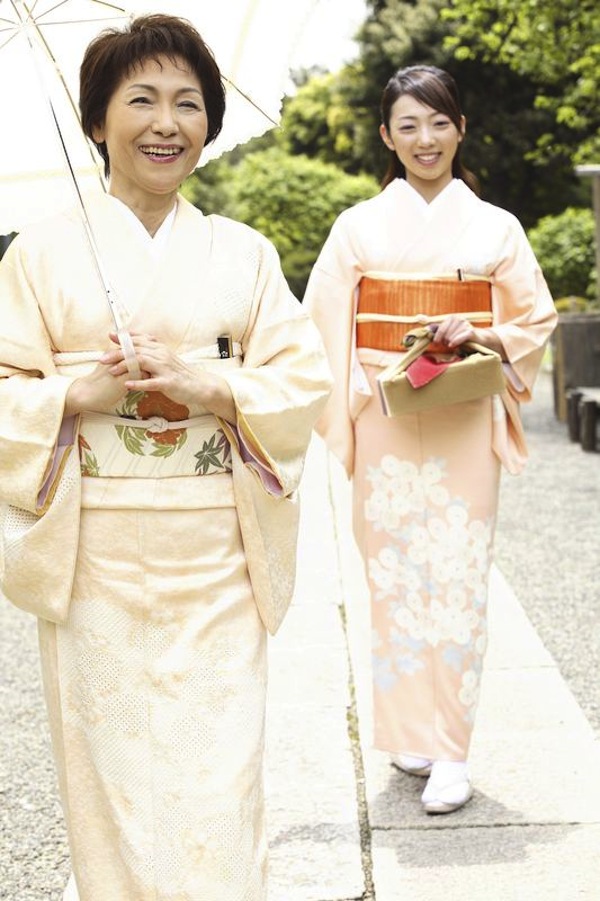 The technique to wear easily

To wear kimono is easy is if you are used to it, but it is hard to get used to. This is why the technique to wear easily is being made.

[Two piece kimono]
It is a kimono separated into two pieces of top and bottom to be worn as clothes.
Most of them are found to be two piece kimono at a glance, so they won’t be used as substitutes for kimono. However, they are used as Japanese-style work clothes and new types of Yukata, taking advantage of their designs.

[Two piece tsukuriobi (making band)]
This is obi separated into two parts; for your waist and for otaiko (drum) part. Otaiko part is already shaped. After putting obi on your waist, tie Otaiko with a string on your back, and hide its joint with obiage. It is used not only by those who are not used to tying obi but also by old people who have difficulty in reaching around their backs.

[One piece tsukuriobi]
It is called “tsukuriobi without cutting”. Otaiko part is just sewn on it.
Tie the otaiko part with a string on your back, put obi sretched from it on your waist, and hide its edge under otaiko. After that, tie obijime so that hidden edge won’t come out. Its feature is that it will be back to the original shape when the string is pulled out. I think “One piece tsukuriobi” is a little more difficult to make than “Two piece tsukuriobi”.