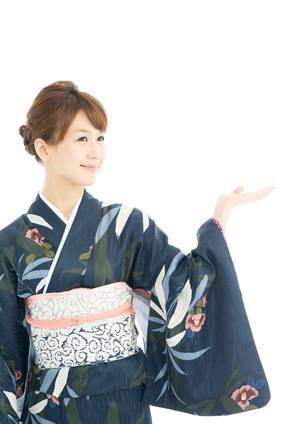 “June bride” is becoming a household word. In Japan, around October when the climate is pleasant, is the popular season to celebrate a wedding.

There are many people who want to attend a wedding with Kimono, but being a few “formal place”, many of them worry if their kimono are suitable for such a place. It is regrettable that there are not few cases that they give up to wear Kimono saying ” it’s too much of a bother”after having discussed with their acquaintances and being criticized.

The design pattern motifs frequently used in October are chrysanthemum and maple leaves. You can use those motifs all the season depend on its design, but some people may be concerned about the motifs, so if you want to wear them for a wedding ceremony, I think it is more proper to limit the use in automne.