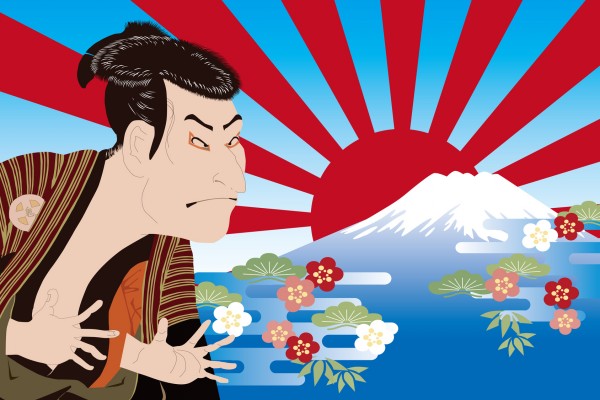 When we try to study about kimonos, most of them are for women. It may be because it is “not masculine” for a man to get interested in fashion such as kimonos. Of course, however, there are some men’s kimonos and many men like kimonos.

You can fashion after a rakugo performer wearing kimono. The formal style is a haori coat and a hakama skirt with five crests, which can be seen in Announcement of a newly-assumed name. In a more relaxed performance, you can see various kinds of kimonos from casual to formal style.

The biggest difference between women’s kimono and men’s kimono is that men’s kimono doesn’t have “ohashori”. Men’s kimono can be put on easily because you don’t have to fix ohashori. Men’s obi is thinner than women’s obi. It is tied as kainokuchi (shell’s mouth) and ichimonji (straight line), whose knots are not so big.