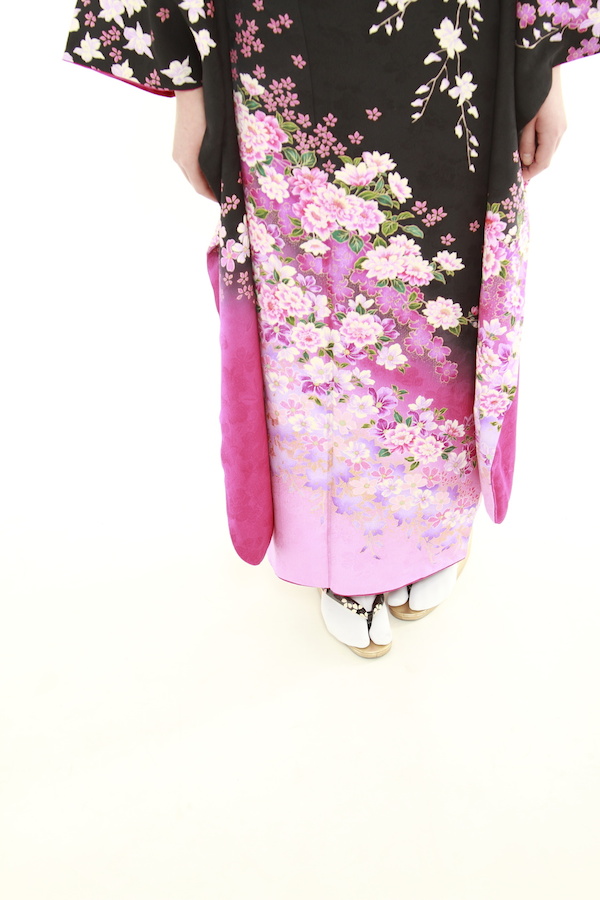 There are two major footwear, zori (Japanese sandals) and geta (Japanese clogs) when dressed up in kimono. It is unexpectedly hard to define difference between the zori and the geta, but it is general to consider wooden footwear as the geta and others as the zori.

The geta is considered as footwear for daily use, on the other hand, the zori can be widely used for formal occasions to daily use. Though the zori can be divided into for formal use and daily use, it is for the formal occasion if the heel is high and for daily use if it is low. Particularly, those zori having finished base (where foot is on) with rush or bamboo sheath is considered as the footwear in summer.

However, it is not needed to stick to the tradition except formal ceremonies. There are some people who wears standard sandals in wearing yukata, but there is no concern on it if it is matched.It is considered cool for wearing both a bit small zori and geta to let the heels run out of back edge.

Please be careful to choose footwear for kimono because a bit smaller one does not give you feel difficulty in walking but a large one does. It is a distinction of footwear having same shape for both left and right is the traditional one when dressed up in kimono. Regularly swapping of left and right footwear prevent wearing only one side and expand a life span of them.